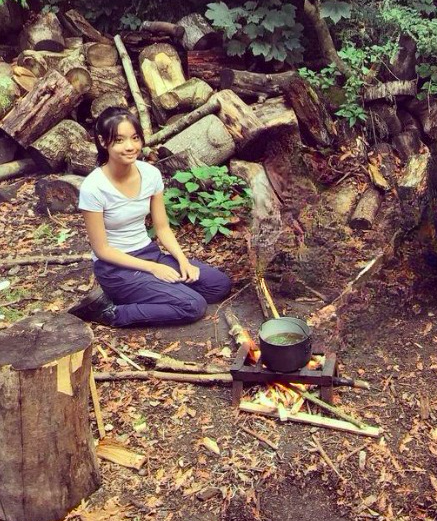 September, the start of the new school year and my start to Year 9. After being at the school for 2 years now, I feel really comfortable there and I no longer have the same worries I had at the start of year 7. I am happy to start year 9, but I am nervous at the same time, as the older I get the closer I am to GCSEs.

Apart from the usual school building, teachers and classes, there was also prize-giving: a major school event that celebrates achievements from the previous academic year. This is an event I have been to, but have not participated in until this year. The ceremony takes place in St. Andrew's Hall and involves students from every year group (in the high school.) There are many awards to be earned, but I received an award for academic endeavour. I had to go up on the stage and collect this from the Headteacher and shake hands with the guest speaker, which was really nerve-wracking.Although our year group went on a school trip to France in June, we went on another in our first week back, to Whitwell Hall. This was a camping experience that would help us with our Duke of Edinburgh training and expedition. It was a short 3-day trip, where we learned how to build and light fires, then cook over them, as well as weave cord bracelets. We also did a bit of orienteering in the rain to find ping-pong balls.  Luckily, my group got lucky and found ours first. During the night we slept in small tents of four, which was quite fun but very uncomfortable, since I only had a yoga mat and a sleeping bag which I had outgrown to lie on! It was a short but rainy weekend, however, I had loads of fun at Whitwell anyway.

I also recently got my results back for my ballet exams that I did at the end of summer. I achieved a distinction in my RAD Grade 6 exam and a high merit in my RAD Intermediate exam. I was very happy with these marks as I think I worked really hard!

That concludes my September update. I’m having a nice break in my half-term right now and am looking forward to Halloween. I’m planning to dress as Juliet from the 1996, modern film adaptation of Romeo and Juliet.